The sign industry's leading franchise, FASTSIGNS has been using innovation and technology to make sign and graphic solutions fast and simple for businesses since 1985. Our integrated network of sign centers includes more than 475 locations in the United States and Canada, plus locations in the United Kingdom, Mexico, Brazil and Australia (under the SIGNWAVE name).

FASTSIGNS brings you a wide variety of products and services, including virtually all types of signs, graphics and exhibits. We also serve as your central access point to the sign industry's most powerful resources. Whatever kind of sign you need, from a single banner to a series of sign installations in dozens of locations across the country, FASTSIGNS is your single source.

Our expertise at both marketing and sign production helps us design the most efficient signs and graphics for your business. Our process involves an initial design consultation on-site to evaluate your business problems and identify solutions. Our experienced team listens to your goals and then determines smart, effective solutions that use the right mix of graphics solutions.

Using our project planning and project management services, we manage your project from start to finish, providing valuable insight and knowledge along the way. We take care of surveying and permitting, installation, graphic design and content development when needed.

We offer custom design solutions. From product concept to completion we employ latest technologies and innovation to deliver the best results for your business. We provide wide format digital printing to help increase visibility and our sign and graphic solutions are fitted for almost any surface or material. Our visual solutions include everything from signs, graphics, and trade show displays to interior d'cor, promotional products, and digital signage.

I received my two sided box sign about 4 or 5 years ago. About a year later, I noticed some discoloring on one side. I called FastSigns, and was told, it was a defect and they would take care of it, which they promptly did. I was also told the opposite side, showed no defects at that time, but if I ever noticed any similar issue, they would replace it. Just this summer, I noticed the same issue. Truthfully, I thought I would be told it was beyond warranty, due to the age. When I sent an email, I received a response, that the did have notes confirming the prior issue and would replace it. Defects happen, mistakes happen, but this company goes above and beyond to try to make sure the work they produce is quality. I would definitely recommend them and use them again.

You're always FAST, FRIENDLY and very easy to work with!! Your products are strong and reliable - Very appreciated!!!

Fast and it may not have been exactly what I was looking for with the first print, after stating what I really wanted it was corrected that same day and I was totally satisfied. Also I would have thought the cost would have been more but it was pretty reasonable.

We get banners made for professional MMA fighters that are used in the cage prior to nationally televised events. They are amazing and Tamera takes great care of us!!

Daniel J was awesome with our new sign installations for our North Houston and Woodland locations. we worked with the Township to get our signs approved and made the process really easy for Worksuites. Thank you!!

Excellent customer service and installation was perfect design with spot on. I will use them always

Need to create a welcoming entrance? See how FASTSIGNS helped RockPoint Church redesign their lobby so that every p https://t.co/hh8X2bflRw
Twitter   Full Post › 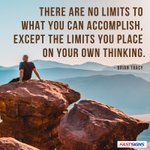 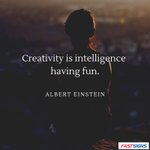 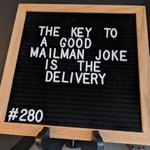 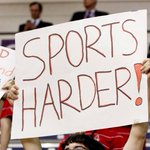